I have all kinds of feelings happening at the end of this very long day.

For starters I am exhausted!

It was an amazing, fulfilling, and rewarding day spent at the Ladybug trade show where we did a pop up shop.

Finally had time to snap some pictures at the end of the tradeshow……..after a good portion of our tops were sold out or almost sold out!!

In the past four years since I opened my store I have never been so busy or overwhelmed with gratefulness as I was today! To be able to go to a different town and set up shop and have that much support of my little boutique……there is really no words to describe it besides gratitude!

I am also extremely thankful for the expert help I had today, thanks a million Tara!!

This new trade show gig may not be so bad! 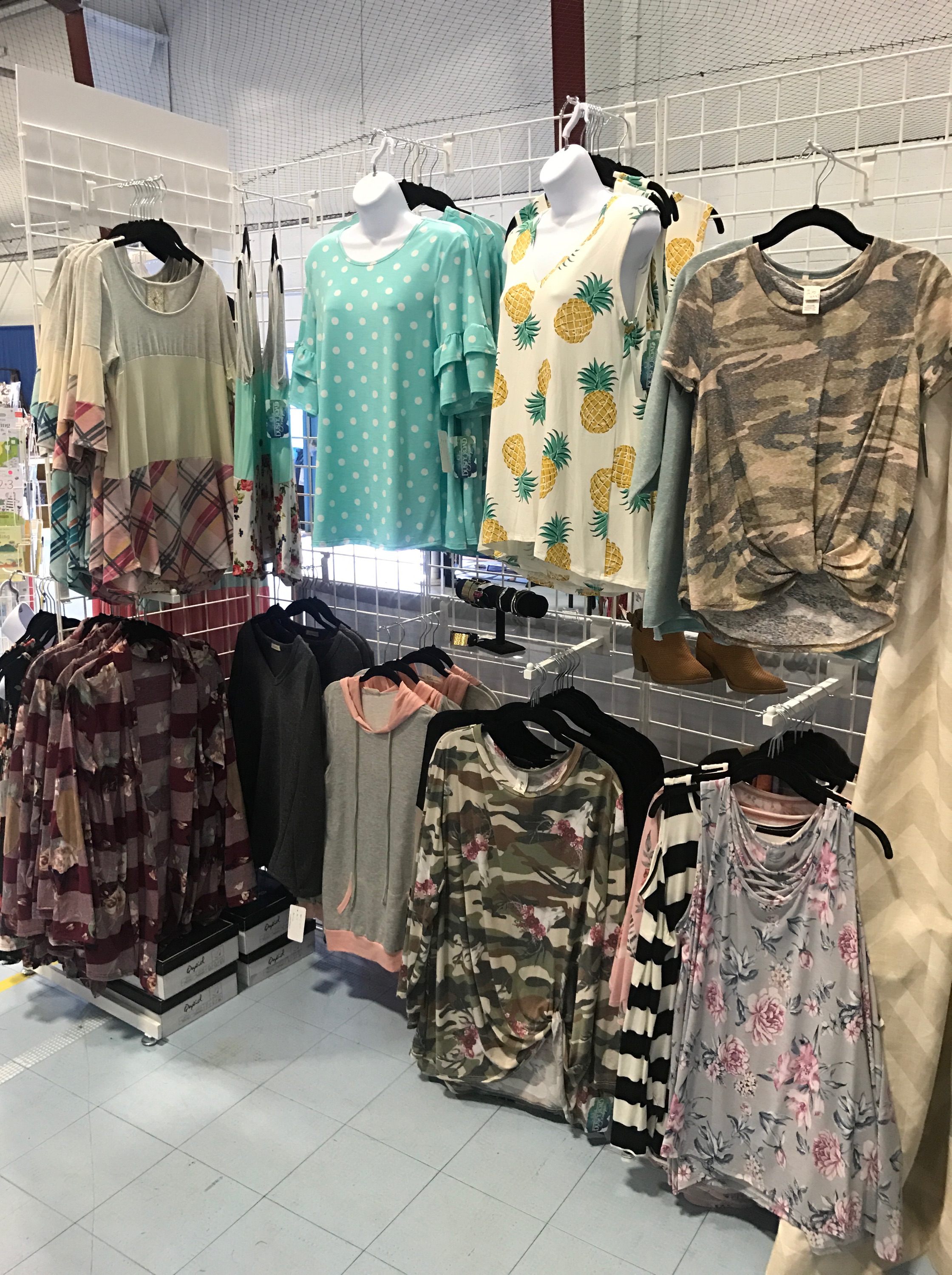 Now that the first two shows are under my belt I think I can start looking for more……stay tuned for more locations and dates!

Thanks again to everyone who stopped and shopped today.

I hope everyone is having an amazing weekend and enjoying the gorgeous weather.

So my kid was up way later than he should of been this evening.

(cue extreme whining and over sensitivity)

I will give him some credit though. He is extremely self aware, he asked me tonight while crying over something silly “why sometimes he randomly cries like that?”

Since I can eliminate teenage girl hormones from the equation (he is an 8-year old boy) I concluded and reassured him it was because he was overtired.

Which then led him to ask me why I don’t cry randomly like that.

Oh kid, you don’t even know!

Obviously today was a busy day hence the late bedtime.

It started out with a photoshoot for Dusty Road as we get new arrivals ready to go. Here are a few sneak peeks of some of my fav prints coming soon…. 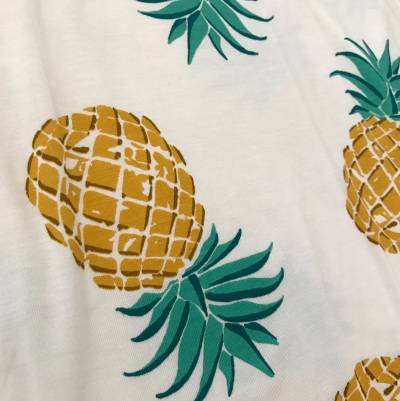 I sure hope everyone loves pineapples and serape as much as I do!

Once we wrapped up the photoshoot I squeezed in as many packages as I could pack before the mail truck went through town.

One of the funnest things I get to do each week is coming up with names for all of the upcoming new arrivals. Sometimes I definitely feel more creative than other times but I hope people enjoy the fun names I give everything!

From work we moved to the ball diamonds for our son Liam’s ball practice. It wasn’t necessarily the warmest evening but man the sun sure felt great and the rain showers that have been moving through are greening up the grass nicely, giving everyone some hope for a better year than last years drought. When you live in a community that depends solely on agriculture the weather is a major deal.

While I was making supper tonight I let Liam open up an Amazon order that arrived today. 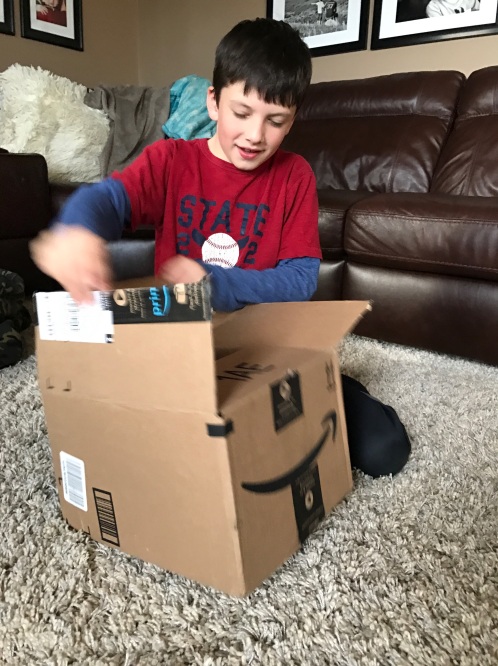 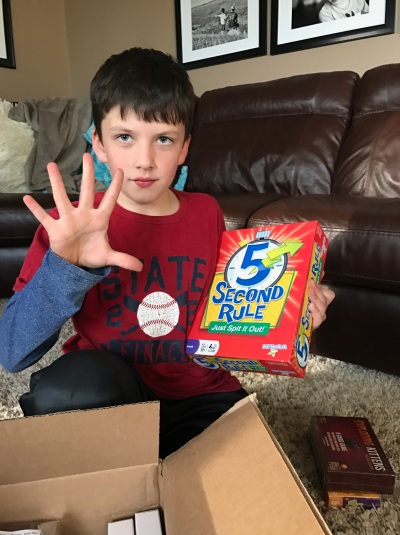 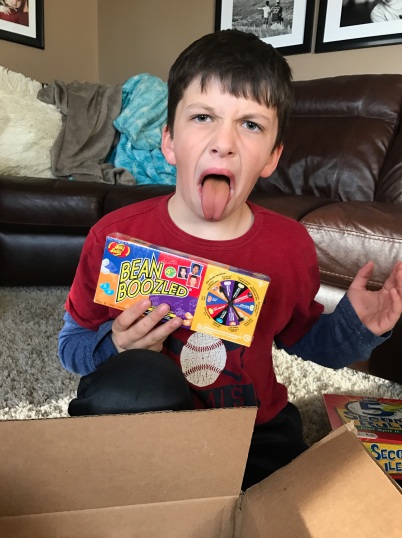 The board game may have also been the trigger of the emotional breakdown this evening….but we won’t go into detail.

That’s enough blabbing from me today….I hope your week is kicking butt so far and you are ready to finish it off super strong!

Our small town graduation is coming up quick so I thought it would be fun to share a little blast from my past.

When I seen the picture I wanted to share I just had to chuckle…….

At first look it appears to be just a girl in her grad dress circa 2002. (That’s me of course)

But does anyone recognize anything?

This picture was taken in literally the EXACT same spot!!!!

Yup. Grad pictures around here are typically taken outside but that particular day was rainy and windy and we had to move indoors. In what is now the current home of The Dusty Road Boutique!

And we are still rocking that amazing barn wood wall!

I had completely forgotten that my pictures were taken there so it was kind of neat to be reminded of that.

Definitely felt like a full circle moment for me.

If you have a “full circle” moment or coincidental story I would love to hear it!

It takes a hundred positives to balance out one negative. One hundred praises and one criticism can knock you down.

But only if you let it.

And thats why it is so important to develop thick skin and learn to let go of the negativity. Deal with the criticism professionally and with maturity. And let it go. 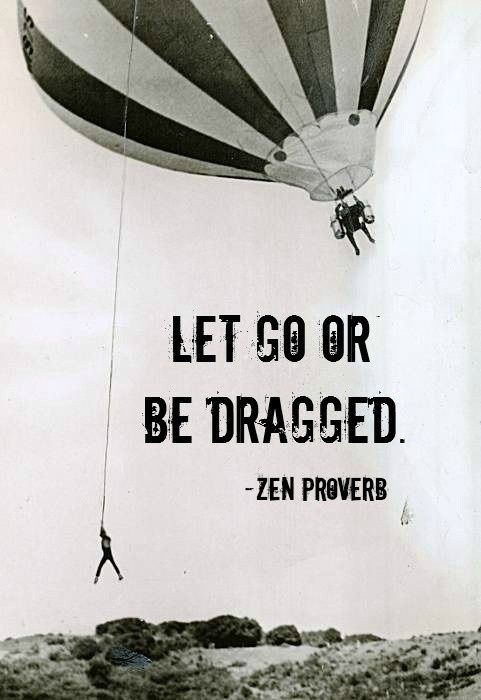 You can’t let one person change who you are.

The bigger your goals and dreams are and the closer you get to achieving them the more frequently negativity and haters will pop up.

It’s just part of the game.

You know you are doing something right when you have haters!

And that’s my two cents for the day!

I spent the majority of the day cooped up in my “warehouse” getting work done. I am gearing up for yet another busy week, new arrivals come out tomorrow (Tuesday) and I am headed to my second pop-up shop on Saturday.

It was a good day to be inside as we had a wonderful April shower move through and give us some much needed rain!

It gave me a chance to get all of the orders caught up and a bunch of new goodies unpacked and tagged for tomorrow!

I just love my cute little tags AND I still hand write them all out!

I hope yours was just as great.

Since I spent most of my day yesterday trying not to get burnt by all of the little fires I had going on I fell behind on all the “everyday” tasks I was supposed to get done.

Good thing for the weekend, ha!

My main focus was getting all of the new arrivals for next week ready for their debut. I headed into the shop (aka warehouse) to style some outfits and take some pictures of the floor layouts.

I cranked up the music and got some work done!

I was kicking butt and crossing things off my to-do list. Or so I thought.

Once I was all done at the shop I headed home to edit pics and start uploading the new arrivals.

And then I was reminded of just how dysfunctional my memory is.

My mind has been on overload and anyone who has spent even a little bit of time with me lately can attest to my extreme forgetfulness lately. It’s bad. Like real bad.

I was missing pictures on my camera. Actually, they were never there to begin with. I had laid out the outfits all nice and pretty. Then FORGOT to take the pictures.

It only took a moments distraction….literally. And I completely lost track of what I was doing and forgot to do it.

I may have called myself an idiot a couple of times.

And I definitely have caused myself some extra work. I just need to remember to slow down a bit and smell the roses. Our brains can only handle so much.

Luckily I did grab a few cell phone shots of some layouts, so here are a few more sneak peeks of whats new next week…. 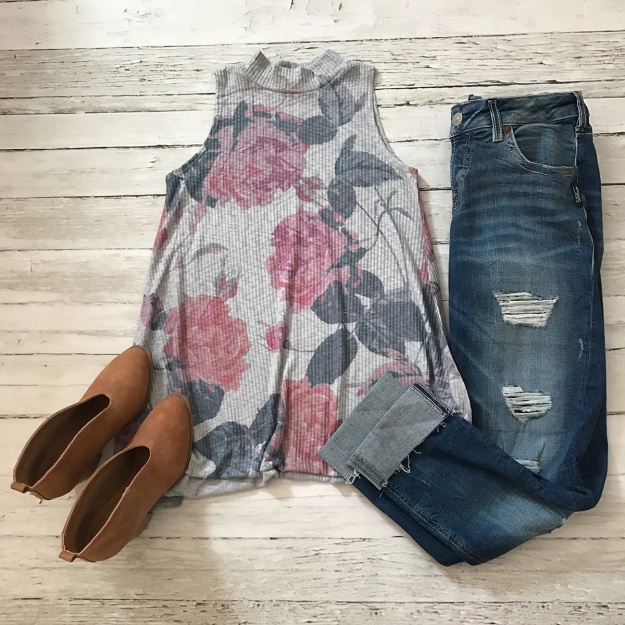 I don’t normally show this many sneaks but I need to prove I actually did some work today, haha!

I hope you are having a much more “memorable” weekend than me!